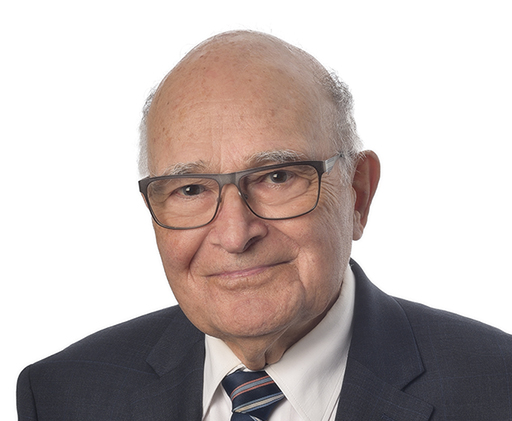 Legal counsel, Me Louis A. Toupin, has been a member of Dunton Rainville since 1983 and was called to the Quebec Bar after completing his studies at the University of Ottawa’s Faculty of Law, where he earned his law degree (L.L.L.).

Me Toupin’s practice focuses on road transport before various transportation boards. In that capacity, he represented his clients in Montreal, Halifax, Nova Scotia, St-John, New Brunswick, and Toronto, in obtaining or retaining interprovincial transport licenses.

Still in the transportation sector, Me Toupin, backed by his experience in the field, is called upon to act in maritime law matters related to the piloting of boats. He frequently pleads before the Federal Court in matters related to maritime liability or the seizure of boats for unpaid pilotage fees.

Furthermore, Me Toupin was heavily involved in civil litigation, namely in civil responsibility matters and matters related to endowments, estates and wills. In these matters, he pleads before all judicial bodies, including twice before the Supreme Court, claiming damages resulting from an incident involving the national railway company.

Also in matters related to endowments, estates and wills, Me Toupin has been consulted and/or involved in procedures involving the invalidity of a will and in estate planning on many occasions.

For many years, and alongside his other activities, he has practiced and continues to practice corporate/commercial law and business law in general, participating in the purchases and mergers of companies and acting as counsel for a large number of corporations and non-profit companies.
Finally, Me Toupin has been involved in and a member of various business associations. As such, he was president of Club Richelieu Maisonneuve, director and president of the Mount Stephen Club, director of the Fondation du Collège de Montréal and president of the Association des anciens du Collège de Montréal.

Socially, he was director of Accueil Bonneau and of Maison Marguerite, organizations that serve itinerant men and women who are homeless, uncared for, abused and suffering from all types of psychological problems.